LED Vs LCD,What Are Advantages & Disadvantage of LED Display

Modern displays have taken over the world. These displays are replacing the old technologies with slow response rates and bad image quality. LEDs and LCDs are also two of such technologies. LED displays advantages are that they consume less power, have great image quality and are generally better than older ones. Same goes for LCDs. 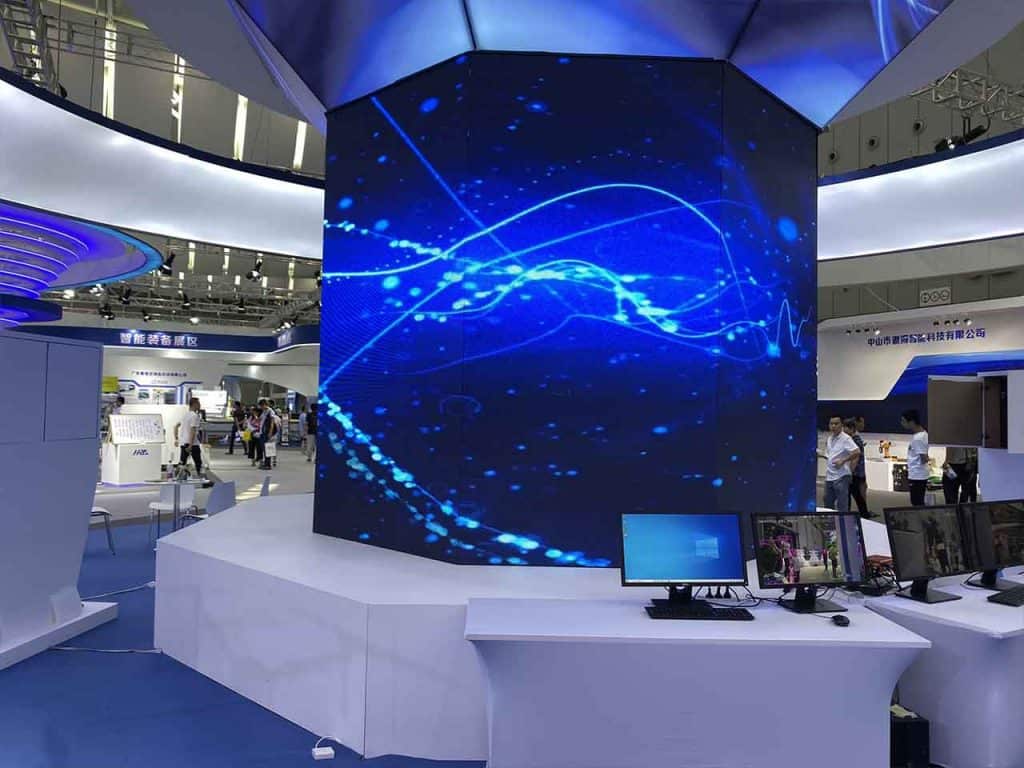 LED Displays are displays that use Light emitting diodes as pixels for video. Instead of using CCFL backlights, LED screens use LED panels as a light source. Due to the relative advantage over other displays, it’s one of the most commercially used displays today. Most devices with screens such as phones, laptops, TVs and tabs use LED displays as the screen.

LED displays consist of several LED panels that contain Light emitting diodes. These dense arrays of LEDs control the illumination and color cycling of pixels. As a result, a moving image is produced with a pixel density of more than 4K.

There are several different types of LEDs based on the environment, application, display color and segmentation.

Indoor LED Displays are designed to work well in the indoor environment. They have a higher resolution and low pitch which produces an image that can be easily viewed even when you’re standing close to it. These LEDs are not as bright as compared to outdoor ones and cannot work well in temperature changes.

Outdoor displays are manufactured keeping the outdoor environment in mind. They’re usually located on large outdoor areas. These LEDs have a low resolution to ensure that it can be viewed at a large distance. Outdoor LEDs are also much brighter than their indoor counterparts and have filters to make sure that images can be viewed even during sunny hours.

Unlike indoor displays, Outdoor LEDs can work well in weather changes such as rain, snow and storms.

Rental LEDs are assembled, installed, disassembled and transported frequently. With all these frequent installations, these LEDs are designed with keeping these factors in mind. They’re much more reliable and less likely to break. Rental LEDs can also be installed easily as compared to other LEDs which are designed for fixed installation.

These LEDs are used for industrial purposes. As the name suggests, industrial indicator LEDs are connected with the control system. The LEDs display the information of the machines such as the rotational speed, flow, pressure and temperatures. These LEDs are only used in industrial settings.

Conventional LEDs are the common LEDs displays used for non-commercial purposes. These LEDs are installed with a steel structure and are used for displaying traffic information on bus and railway stations.

Single color LEDs have a single diode that only displays one color. These LEDs usually have red as their primary color but green and blue are also possible.

Tri colored LEDs consist of three primary colors, red, green and blue. These LEDs are designed to display white balance and can display upto 16,777,216 colors. Compared to the other two, these are generally more expensive and are used in professional settings.

7 segments are LED displays designed to screen numerals only. These LEDs are not designed to show any letters. With the seven different LED segments, a numeral with digits from 0-9 is presented. 7 is the minimum number of segments in any LED display.

Similar to 7 segments, the 14 segment LEDs are arranged with 14 segments of diodes. These LEDs allow a more detailed image and can work well in displaying the letters. However, some letters still remain unclear with these LEDs.

The 16 segment LEDs also follow the same format as the previous ones. Diodes are arranged in 16 segments. Since these have the highest number of segments, the graphics that appear are much more clear and detailed. These can display both alphabets and numerics.

LED Displays advantages allow them to have many applications both commercially and non-commercially. Most of the displays we use or come across everyday are LEDs. Some of the uses of LED displays are,

Digital billboards have started to pick up in the advertisement industry. They work really well in retaining the attention of the audience and are highly engaging.

Almost all modern TVs you might have seen, have LED displays. Due to its lightweightness and high resolution, the LED display serves the best to provide a beautiful visual experience.

All digital devices from calculators, to digital alarms and even digital watches, these all devices use LED displays.

LEDs are widely popular for a reason. They have many advantages that make them the best choice for devices that need displays. Some of those LED displays advantages are,

Liquid Crystal Display also known as LCD are flat panel displays that use liquid crystals to produce an image. These crystals are illuminated using a backlight. Prior to LEDs, LCDs changed the industry with its thin and power saving displays. They replaced the older technology.

Since LCDs do not emit light but use a backlight to illuminate the crystals, the energy consumed is a lot less than other technologies. Older technologies used to often cause an image burn in but with LCD, this is not the case since it uses pixels made of organic compounds.

Some of the types of LCD displays are,

Advanced Fringe Field switching LCDs are highly advanced displays and are mostly used in professional settings. They offer the best color reproduction and can largely reduce the color distortion.

As shocking as it may be, it’s true that all LEDs are actually LCDs. However, not all LCDs are LEDs. Both of these technologies use Liquid Crystals to produce images but the major difference between the two is backlight. LEDs use light emitting diodes as a backlight and LCDs use fluorescent back lights to illuminate the crystal.

Though LCDs replaced the older technologies, LEDs are the go-to when it comes to choosing displays. It’s debatable to say which ones are better but certainly, one has some advantages over the other.

When comparing the two, LED has advantages over LCD.  One such LED display advantage is that they are a lot more compact than LCD ones. They use less energy and are more environmentally friendly. They also produce a better image quality than its LCD counterparts.

With LEDs, you get a wider range of vibrant colors and more dynamic contrast. LCDs are better than other technologies yet again, it’s better to invest in an LED since the benefits are certainly higher than with LCDs.  But it’s also important to note that there’s no definitive answer. Low end LEDs will not be better than LCDs. In fact, purchasing a high-end LCD is better than purchasing a low-end LED.

LEDs and LCDs are both popular across the industries. It may be even surprising to know that the difference between the two is only of backlight. To choose the best display for yourself, you need to know which one has more advantages over the other and what display will be suitable for your use. Knowing the LED displays advantages and LED displays disadvantages can help you in making an informed decision.