XR Virtual LED vs Green Screen,What is the Difference

Green screens have been used effectively in the film industry for years. However, as the technologies like XR virtual LED are becoming popular, it has left the industry wondering if they can replace chroma keying. Especially after Mandalorian was successfully produced using XR for most of the scenes, the impact of it has been realized in the filmmaking industry.

In this article, we will explain what is the difference between the two and if XR is actually better than chroma keying. 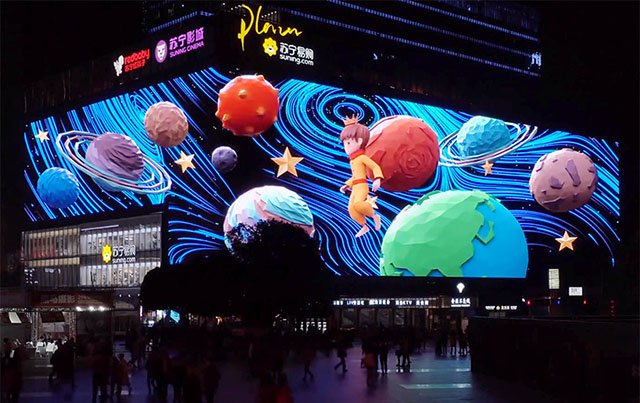 What is XR Virtual LED?

Extended Reality (XR) is an umbrella term that refers to all real and virtual combined environments such as AR, MR, and VR. In simpler words, XR is all these technologies combined together. The extended reality is created by either immersing you into the virtual world (VR), augmenting your surroundings (AR), or by doing both (MR).

Due to overuse of the world to sell it to the market, the term has left many confused. However, the truth is, virtual reality, augmented reality and mixed reality are all subsets of extended reality. So any of the devices with those technologies are actually using extended reality tech.

XR virtual LED is an LED display that either uses VR, AR, or MR. These XR LEDs have started to pick up popularity in the film industry. Though green screens are still widely used, the XR technology has really shifted the paradigm of film making. However, it’s not only the green screen that XR has been replacing. With this tech, producers can skip on location shoots as well.

How does it work?

Extended reality (XR) is divided into three subset technologies. So to understand XR, we need to know how the three subsets of XR work.

Virtual Reality (VR) immerses you into a digital 3D virtual environment. Instead of watching it on a screen, you are immersed into the environment and make you feel like you are part of it. The computer generated content creates a life-like environment using the three senses, i.e sight, hearing and touch.

Augmented Reality (AR) adds digital content in your actual world. Computer vision, such as the camera of your phone, picks up what is happening in the world. The AR software understands it and enhances your physical world by adding animations and other digital content to it. This technology also needs special equipment such as glasses to experience it.

Mixed reality (MR), combines the two technologies, VR and AR to create a new experience. In MR, digital and actual world elements are placed side by side to interact with each other. This merges the two worlds and blends the physical world with the digital world. Due to the nature of this tech, it’s also referred to as hybrid reality sometimes.

The history of XR goes way back to the 1800s. Sir Chales Wheatsone brought the concept of binocular vision – the brain’s ability to focus on an object with two eyes creating a single image with depth. This concept paved the way for stereoscopes. Today, these stereoscopic screens are used in VR technologies to give digital images some depth.

Throughout the 20th century, we have seen XR in different forms. For instance, Morton Heilig developed Sensorama in 1956. This was one of the earliest forms of multimodal and immersive technologies. Finally, in the 1980s, the VPL Research INC, was founded and started selling VR gloves and glasses. Its founder was the first one to coin the term “virtual reality”.

The concept of augmented reality was popularized in the 1990s. Many different industries started combining graphical elements into the real world. Till now, the 21st century has been exploring AR in various ways such as through apps, games and in the film industry.

Extended reality (XR) is not only limited to one industry. In the 21st century, the applications of XR are popular across different industries.

XR Virtual LED can be an excellent tool to enhance learning during training of employees. It can create a highly engaging learning tool by building an immersive experience. The engaging learning experience makes the knowledge retention much easier. The training costs can also be decreased since on location training can be eliminated. Similarly, the company can train the employees as often as needed without extensive planning.

XR has really shifted the paradigm of the film industry. With the help of XR, some producers have been able to eliminate the use of green screens. Not only that, but on location shootings can also be skipped with the help of XR. Movies like Mandalorian have successfully used XR to create a virtual stage without having to use green screen.

Extended reality (XR) can largely help the construction industry in the planning, and execution of the project. The engineers can create virtual building models which can help in reviewing the plan faster and interpretation could be better.

Examples of XR in the film industry?

Apart from that, due to XR, most of the work on Mandalorian was done during production instead of post production. Things like chroma keying were eliminated for the most part of the film. This not only resulted in a better production quality but also allowed

different creatives to work together without creative blockade.

Another popular example of Extended reality (XR) is Iron man. With the help of augmented reality, the suit of Ironman was knitted.

What is a green screen and how is it different from Extended reality (XR)?

Green screen technique, or chroma keying involves plain solid color walls as background. The actor or an object is placed in front of a solid color which is usually green or blue. This color is then removed in post-production using a technique called chroma keying. Basically, the background is replaced with another background.

This technique has been used across media and gaming industries. The major reason behind using blue or green as a color is that these colors have a very clear distinction from human skin colors. The performer should avoid wearing any costume that is of similar colors. Almost all of the work is done in post-production except the performance of the actor.

On the other hand, XR involves using a virtual background. There is no green screen involved in this process. Unlike chroma keying, with XR most of the work is done during the production. All the effects are created on the set and the performer gets the chance to perform in front of the relevant scene. This allows the performer to immerse in the character.

The sets with XR can be built ahead of time. Issues with lighting or effects could be fixed during the production. The composers are present during the shoot. Both the performers and the editors and other creatives work together in XR production for producing a satisfying end result

Is XR better than Green screen?

Green screens have been used in the film industry effectively throughout history. However, there are certain limitations that chroma keying unfortunately can’t overcome. The major problem with the chroma key is that it;s too complicated. The editors have to remove the solid color frame by frame for a seamless finish. It’s not as simple as removing the color.

With greenscreen, achieving depth is highly difficult and light spill caused by green light can affect the finished product. Due to this, the performer cannot wear a reflective costume. It is also not possible to wear a costume of the same color as the background. This limits the costume choice for the film.

Moreover, green screens really affect the performance of the actor. Since the actor is performing in front of a plain solid color instead of the location, it makes it difficult for the performer to give their performance. On the other hand XR Virtual LED allows the performers to perform with the desired background. This enhances the acting of the actors.

XR virtual LED also makes it easy for the compositors to create a desired stage prior to shoot. Any problems with the set could also be fixed on spot. Unlike green screen, the production does not have to wait months to see the final result. The production process with Extended reality (XR) is smoother and faster.

As technology is evolving, the film industry is doing better than ever. Latest technologies like XR virtual LEDs really remove the creative blockades created by prior technologies like green screen. This makes the filming process seamless and quicker. It’s easier than ever to see the end result without having to wait for months. Not only does it make it easy for the production team but also performers are able to perform better with this technology.