LED displays are constantly evolving. There are many different displays in the market these days with different specifications. One such LED display is the P10 LED display. If you are new to the world of LED displays then you may be confused by words like pixel pitch. However, pixel pitches are actually one of the most important things to consider when you are investing in an LED display. 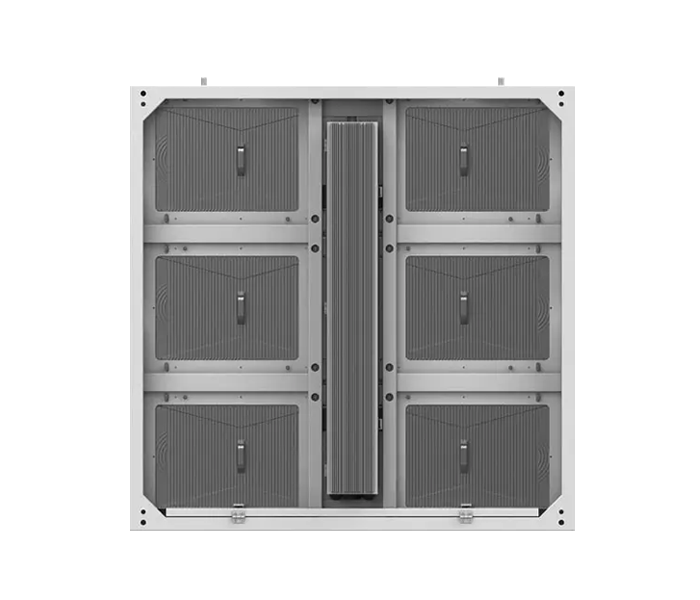 What is P10 LED Display?

P10 LED displays are LED displays with a pixel pitch of 10mm. These LEDs are arranged on a plastic backing, in a rectangular pattern as an array of 512 LEDs of high intensity. They’re highly popular as outdoor leds since they can be viewed from high angles. P10 LEDs can produce high brightness due to power load of 20-watt and current input of 5 volt.

By base colors, the advanced P10 LEDs can achieve a great range of colors. The standard ones however, can only generate colors through red, blue and green. Each led of different color light can produce a dramatic effect. P10 LEDs have screens with a matrix of 32 leds in each row and 16 leds in column. These different LEDs produce beautiful colors and patterns on the display

As compared to P6 LEDs, the P10 ones can allow a larger viewing distance. Due to this, they’re optimal for digital billboards, and advertising video walls. Some of the common specifications of P10 LED display are,

With p10 LEDs, even the ones viewing from a far distance can enjoy the experience of a high quality and crisp image. Due to the versatility of these displays, they’re highly popular amongst different industries and work exceptionally well in festivals and big gatherings. For this reason, it works well in outdoor areas.

P10 LEDs have versatile features. Some of its features are,

Brightness of the P10 LED display is exceptional. These LEDs have a power load of 20 watt and current input of 5 volt. Due to this, the brightness produced by these  LEDs is excellent. The brightness of p10 displays can display the image in even outdoor areas with sunlight.

P10 LED Display models have an excellent system for heat dissipation. Due to this, the heat does not stay stuck which prevents the display from heating up. Heat can reduce the lifespan of devices. The cooling system of these LEDs gives them a longer lifespan as compared to models that heat up quickly.

P10 LED Display offers a high contrast. The image produced by these LEDs is of higher and crisp quality. The contrast between different colors in LED gives you a high definition visual experience. With high contrast, you can easily recognize the details in the image without straining your eyes.

The modular p10 displays have individual panels instead of a single one. These individual panels emit light which then creates an image on the display. With modular LEDs, you have flexibility to choose your own shape and size. This also makes it super easy to carry and transport.

P10 LED displays are highly versatile. They’re used across many different industries. The first and one of the most important applications would be digital billboards and advertising video walls. Since p10 displays are optimal for distance viewing, it is excellent for digital billboards. Billboards are placed in high and outdoor areas. The brightness and the high pixel pitch p10 makes it perfect for them.

P10 leds are also wonderful for interactive experience. By using these LEDs, you can create interactive content to engage the audience. One such example of this would be to use p10s in gyms to create an interactive workout session. This would illuminate the need for a trainer. It can also be used in schools in similar ways.

P10 LED as an outdoor display:

When it comes to choosing outdoor LEDs, P10 LED displays are the best. The problem with outdoor displays is that they’re placed at higher angles to ensure that everyone is able to view them. Due to the large distance and the high angle, it’s difficult to view the image displayed on the screen. This problem is solved with p10 LEDs since they’re perfect for distance viewing and high angle displays.

Another problem that arises with outdoor leds is that they’re placed in bright outdoor areas. With the brightness of the sun and UV rays, the image displayed on the screen can never be viewed if it’s not bright enough. P10 LEDs offer great brightness which allows you to see the image even in the sun. P10 LEDs also offer high dynamic contrast. With brightness and high contrast combined, you’ll witness crisp and high definition visual experience.

Since these LEDs are popular for outdoor use, the models manufactured are usually waterproof. So even in rain, the visual experience of the audience will never be compromised. P10 LEDs work really well across all different climates and all different seasons.

What to expect from a p10 led display?

The versatility of p10 displays allows them to work in many different industries. Some of the things you can expect from p10 LEDs are,

These LEDs can also be connected with external devices such as computers and video games.

P10 LED displays can be installed in many different ways. One of the installation types is the “standing type”. Since P10 LEDs are usually around the thickness of 6 inches, they have enough strength to stand horizontally. Installing display with this horizontal light projection is known as “standing type information”

Similarly, another such installation is an “supporting type installation”. In support type installation, the display does not only stand on its own but also offer support to some other structure. This type of installation uses the strength of display to support another object. These two installation methods are wonderful if you want to illuminate LEDs at a low height.

There are also other installation methods for LEDs. For instance, interactive LED floors. This installation works great for stages. For creating an interactive floor, an LED display is installed onto the floor. PV10 displays can be hung as well from ceilings and walls. This hanging installation is perfect for outdoor displays.

Manufacturers offer both fixed installation LEDs and rental LEDs. If you want your pv10 led display installed at a single place for a long time, then choose fixed installation ones. Otherwise, the flexible ones are perfect for short term use.